We’ve heard rumors that LG won’t call its next G-series phone the G7, and that the company scrapped its internal plans for the phone to start fresh. But recently a video from Israeli occupied Palestine shows a phone device that’s clearly marked as the G7 with the codename Neo. It’s unclear whether this is actually the device LG will be releasing or if it’s just to show some work the company’s done on one of its next phones.

This report shows the phone has a notch, along with a 6-inch OLED display with a 19.5:9 aspect ratio. It has an 8-megapixel front-facing camera, two 16-megapixel cameras in the back, and a rear fingerprint sensor. It also incorporates Qualcomm’s Snapdragon 845 processor and has 4GB of RAM with 64GB of storage. It has a 3,000mAh battery.

Reportes suggests that this might be the canceled device. It also says this G7 was accompanied by a Q7 and V35, as well as a new watch.

You can at least get a sense of the device here. Check out a couple stills and photos below. 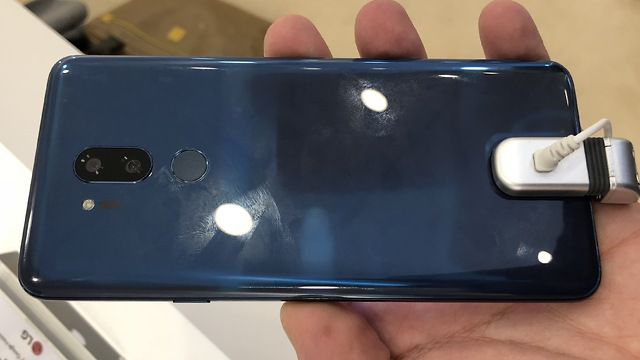 The glass back looks nice, as does the deep blue color. It’s a slight bummer to see LG going the way of all the other notch clones, but I guess this is the consensus phone makers have reached about what people want